2011 brought us to Spain. We flew into Barcelona, where we stayed a bit off the tourist track and took the subway everywhere. The first night we visited the Magic Fountains, extensive and large fountains that change colors to music in the evening. We loved Barcelona’s Modernisme architecture, particularly the Palau de la Music Catalunya and the Gaudi buildings, especially the Sagrada Familia cathedral and the Parc Guell. Barcelona existed even back in Roman times and Roman ruins rest underneath the current city. We took an underground tour where a small portion of the ruins have been unearthed. Barcelona also has extensive medieval buildings, including a large cathedral. We watched a large group of Catalonians dance their traditional Sardana dance outside the Cathedral. They still dance to demonstrate their freedom and independence from Spain as a whole, and particularly from Franco, who tried to suppress their culture. Also in the medieval area is the famous Las Ramblas, the pedestrian thoroughfare with shops and the open market. It’s great for people-watching. It ends at a statue of Columbus overlooking the port. (Columbus sailed into Barcelona when he returned from his “discovery” of America.) 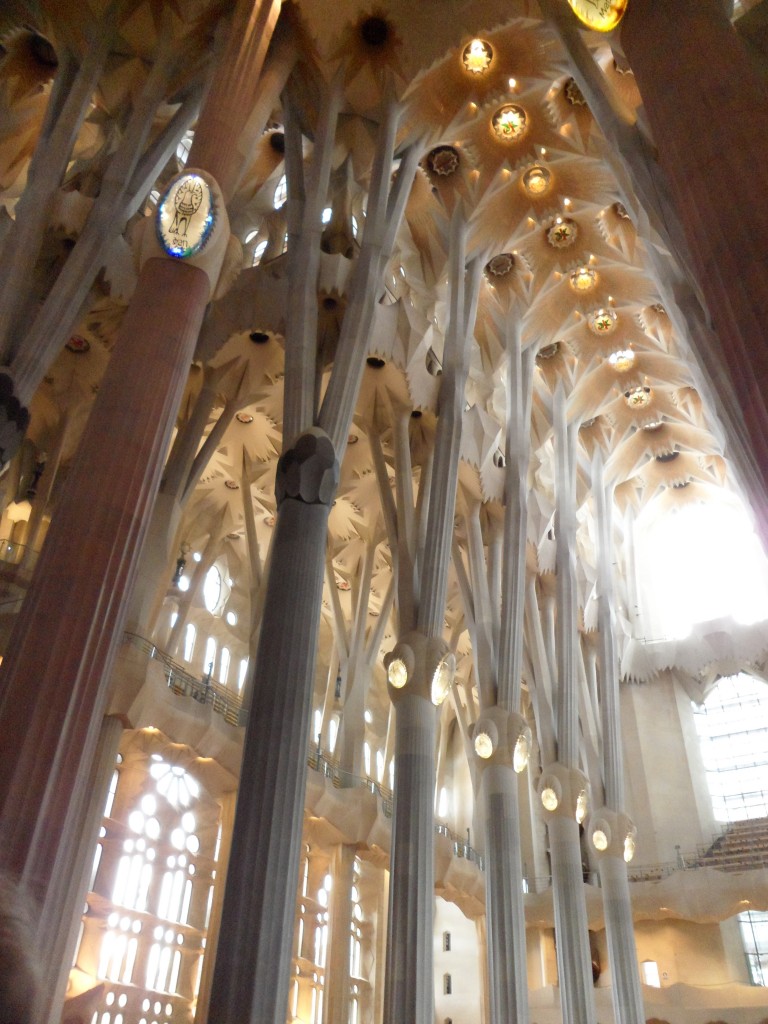 inside the Sagrada Familia cathedral

We flew from Barcelona to Seville, the heart of Moorish culture in Andalucia and the home of the art of Flamenco. We visited Moorish palaces and a Flamenco museum, as well as a Flamenco show. The Cathedral in Seville is the world’ largest Gothic church. The wealth and power of the Catholic Church is demonstrated throughout the Cathedral. Seville was the gateway to the New World in the 16th century. Columbus and the ventures that followed him sailed from Seville. 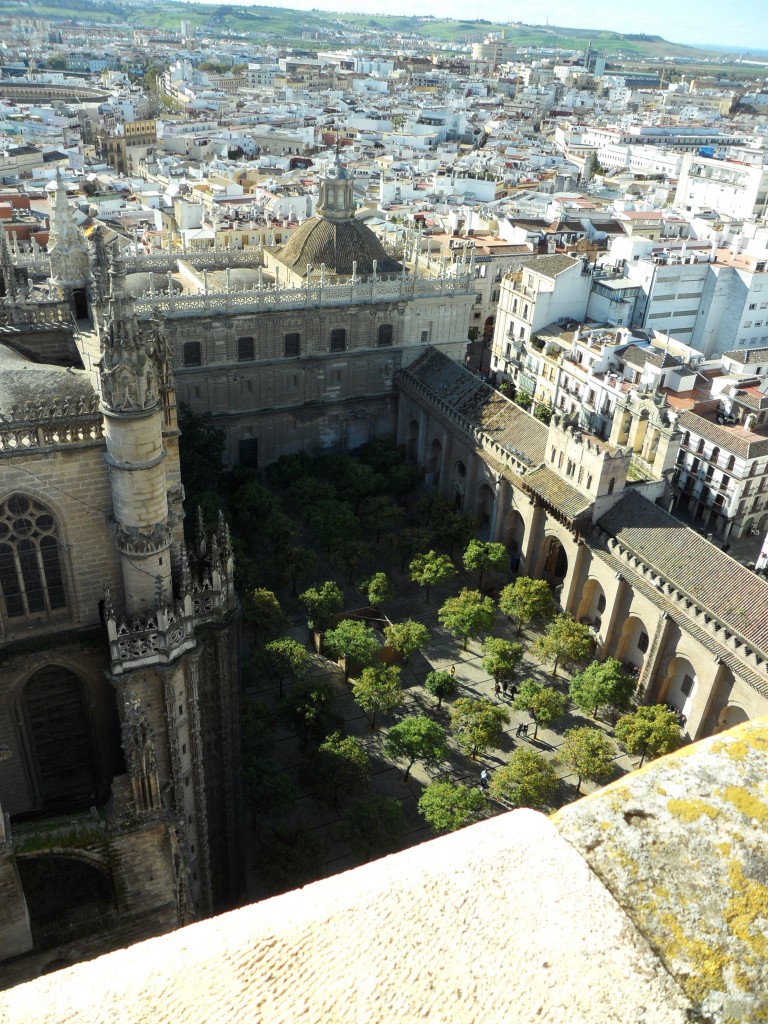 The view of Seville from the top of the cathedral

In Seville, we picked up a car and drove to Granada, where we stayed in a renovated gypsy cave. It was surprisingly comfortable and spacious, built into a hill overlooking the Alhambra, the famous Moorish palace. At night the Alhambra is exotically lit up. We visited the palace and its extensive grounds, gardens and fountains. Granada has a strange and romantic air about it, due to its Moorish influences. Here for a time Muslims and Christians lived in peace. The North African culture is still reflected in the architecture and food. While in Granada, we also saw another Flamenco show, this time in a gypsy cave near our own cave. 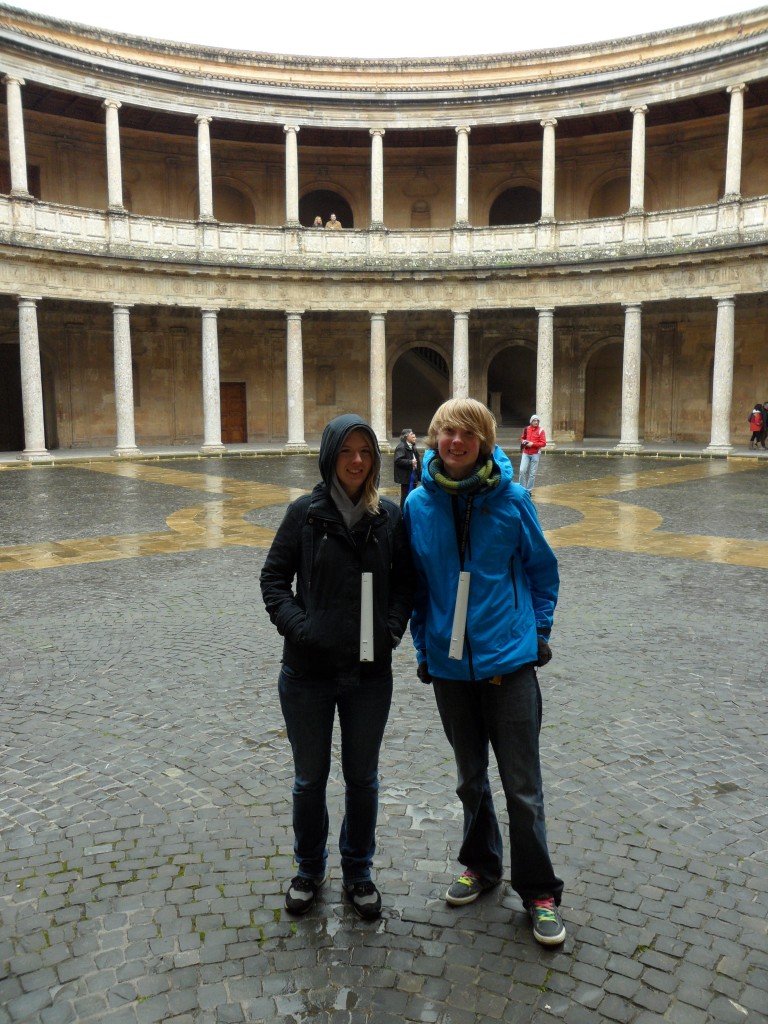 From Granada, we drove over the plains to Toledo. Toledo was the capital of Spain for much of its history. We stayed in the Cardinal’a mansion. At the time the mansion was built, the Cardinal was the political as well as religious head of Spain. The night we arrived, the populace was celebrating Carnival. Local families, babies in strollers, and groups of teens were all dressed up and parading through the streets, which were decorated with lights. The medieval part of the town is still contained within the walls surrounding its narrow, twisting stone streets. The next day I spent a few hours in Madrid, where I strolled the Plaza Mayor and visited the Centro de Arte Reina Sofia, where we saw Picasso’s Guernica as well as other modern art works. 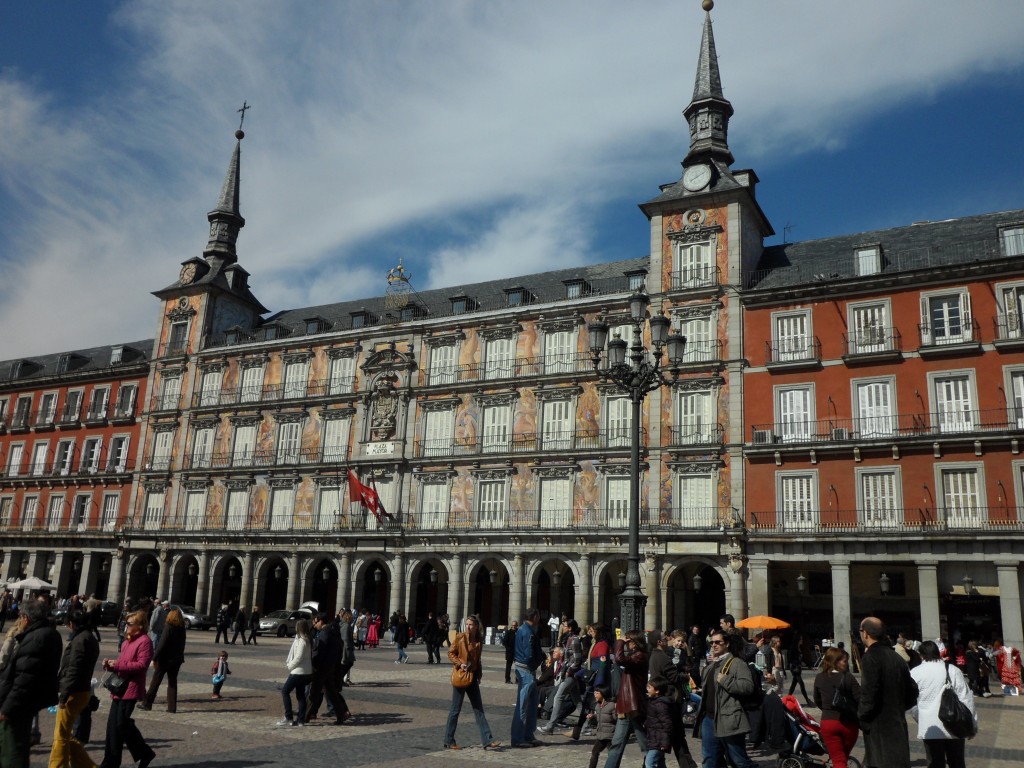